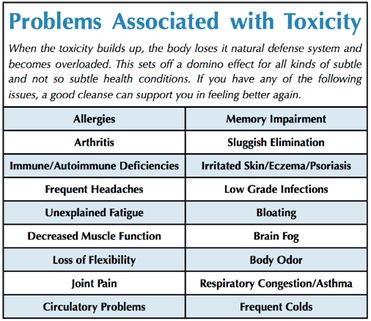 As I mentioned in yesterday’s post (Fasting – the ultimate health care plan), our body is an “old timer” dating some 200 000 years back that has to deal with a formidable number of noxious modern toxins on a daily basis. But how does it do it?

The answer lies in “The Mighty Six” (as I like to call them).

They are our toxin busting brigade and are made up of the lungs, liver, gastrointestinal tract, kidneys, skin and lymph. Every day these guys make a superheroic endeavor to fend off all the nasty villains that assail us from both the inside and outside. They neutralize and clear them away, so that our body can keep on functioning in the best way possible.

If we happen to accumulate too much “hazardous waste” and don’t allow them the necessary conditions to do their work, they will resort to plan B – locking it all up in the safe zones of our tissues and organs (primarily our fat cells, but any tissue will do), so they can deal with it later. That later happens during night time when we go to sleep. This period of some 6-8 hours without food or drink, is actually our nightly fast, and it gives the Mighty Six an opportunity to finish the job, undisturbed, or at least until the morning, when we wake up and eat breakfast (break fast).

But if we have irregular sleeping patterns, poor quality and duration of sleep, eat processed foods, stress etc., we will sabotage the hard work of our superheroes and they will not be able to fully complete the task. So, what do they do? They keep stacking up the waste on the existing piles which only get bigger and bigger. After a while, these piles get so supersized, that they start encroaching on the infrastructure of the body, disrupting its normal functioning. Enter toxicity.

This is where the Mighty Six revert to plan C – the Grand Clearance. It’s where floods, hurricanes, earthquakes and volcanic eruptions seize the body.

Common cold and other infections, inflammations, rashes, fever, profuse sweating, mucus (and other types of discharge), diarrhea, swellings, boils and the like, become the alternative pathways of escorting, or rather expelling the toxic overload. During these episodes that are labeled as sickness, loss of appetite is a common symptom, and, willy-nilly, fasting mode is entered again.

The latter is especially common in animals that lie down and refuse to eat when sick. There is nothing melodramatic nor masochistic in this behavior. They simply follow their survival instinct. When the body has dealt with the problem, they simply stop fasting.

As I mentioned in “Fasting – the ultimate health care plan“, periodic conscious fasting is another way to go. It is a sort of an emergency break that we are at liberty to pull from time to time, to ease the pressure in our system, so that the calamities of plan C are avoided.

A study conducted at the University of Southern California showed that fasting for three days or more forces the body into survival mode, using up stores of fat and sugar and breaking down old cells. This sends a signal telling stem cells to regenerate and ‘rebuild the entire immune system’.

Regular rebooting through periodic fasting keeps you and your system running smoothly, no matter what.

That is the master plan.